A Predator Visited Our Town

Enjoying the early morning on the porch is a part of our daily routines.

The birds are singing their good morning tunes. Somewhere there is a distant sound of a clock alarm. Neighbors are just getting up.

Suddenly, a big shadow projected on the street and materialized into a big bird that flew over our roof and landed on the chimney a few houses away.

I went inside and brought a camera. Through a viewfinder, I saw a raptor pretty close. The birds around circled a panic word in the air. 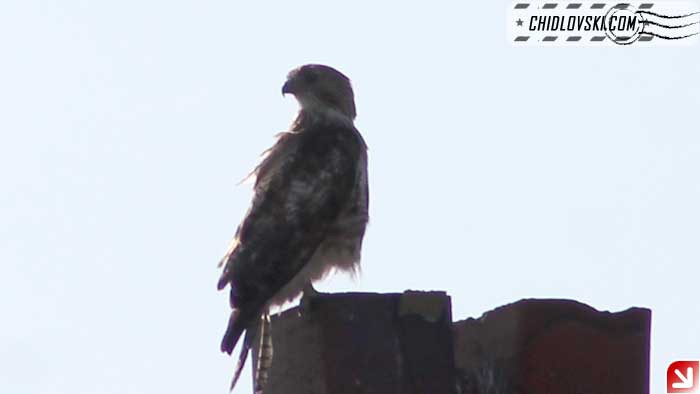 Suddenly, I noticed a little robin 3 feet down from a raptor. 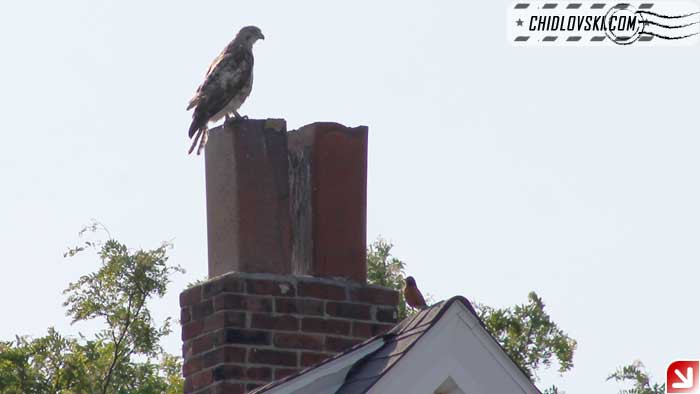 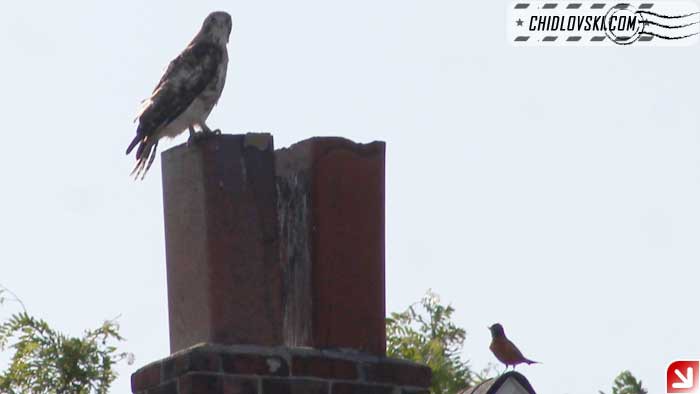 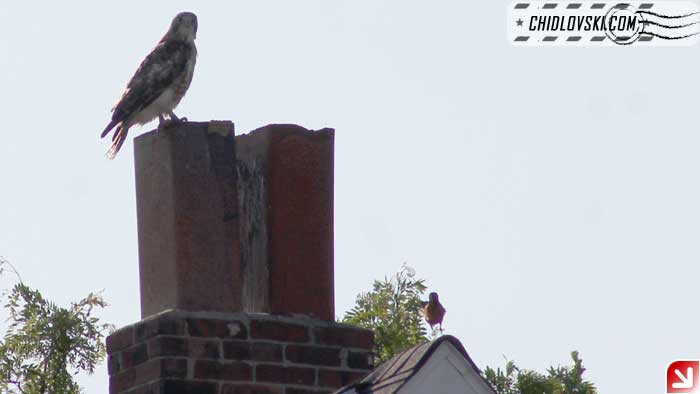 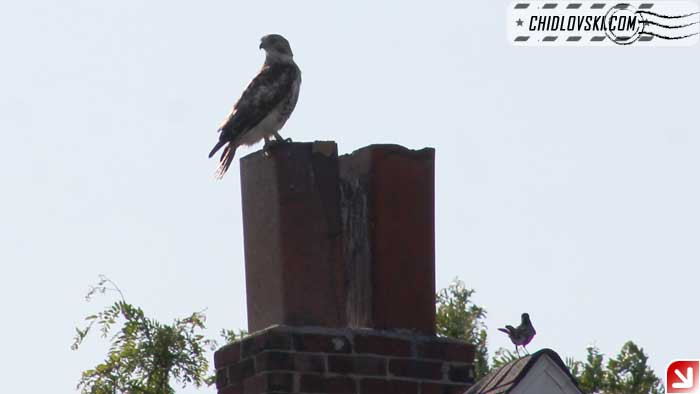 I am not sure if it was a bravery of robin or a laziness of a predator on the chimney.

According to the books, hawks have one of the highest IQ among the birds.

OK. Perhaps, high IQ is not always a buddy of sense of humor. 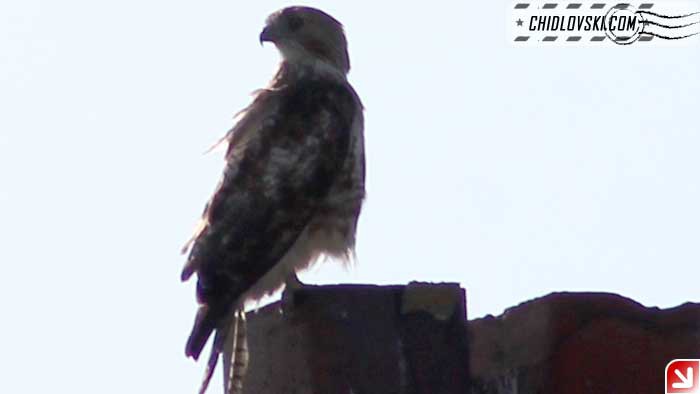 He scouted the neighborhood with a never-miss-anything look around. 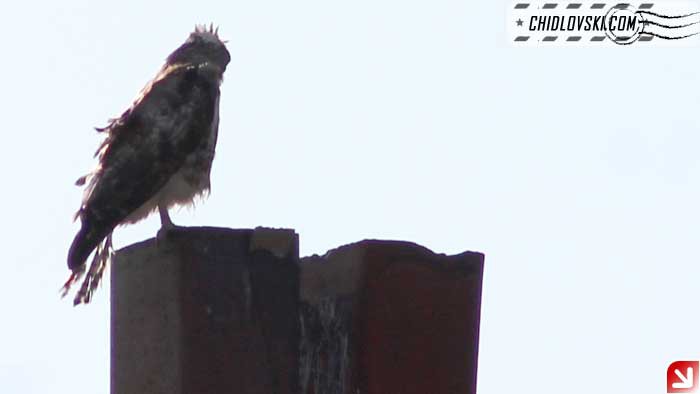 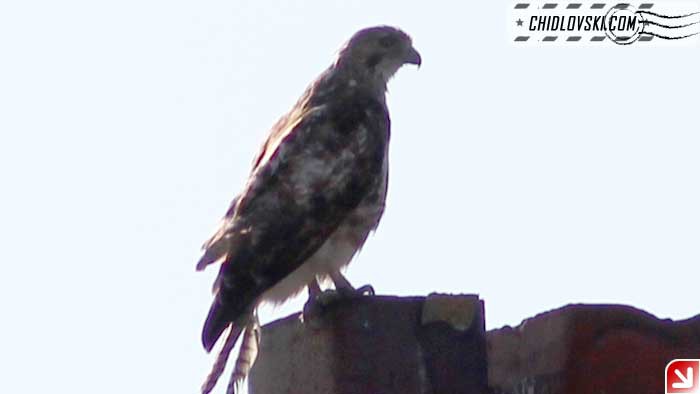 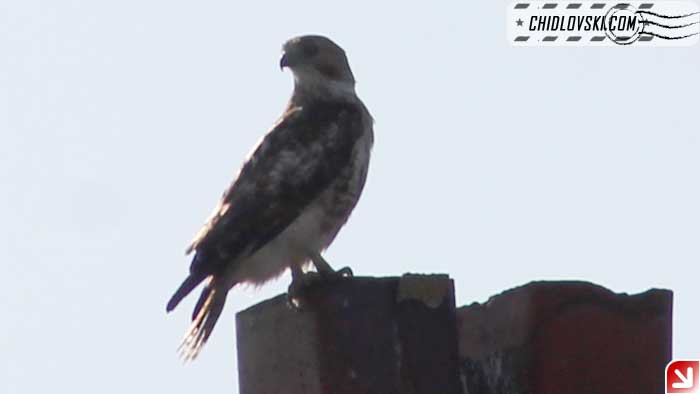 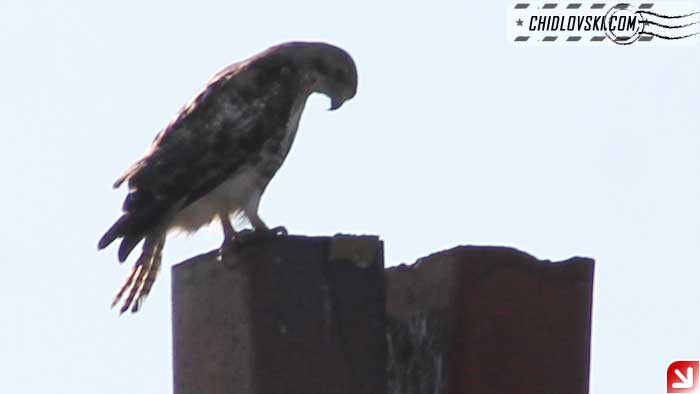 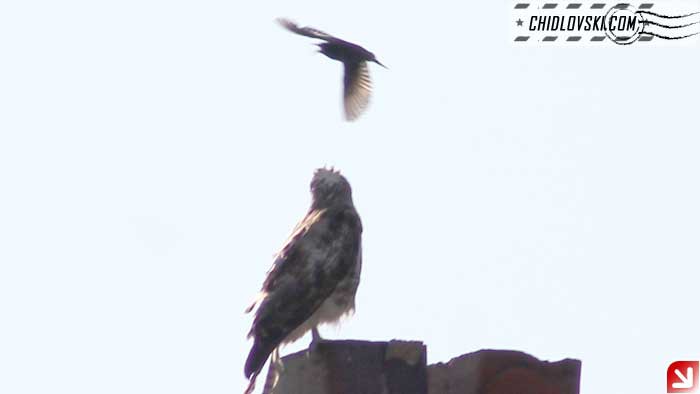 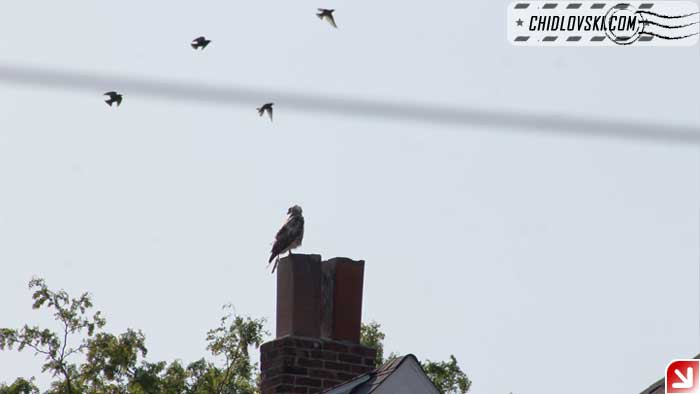 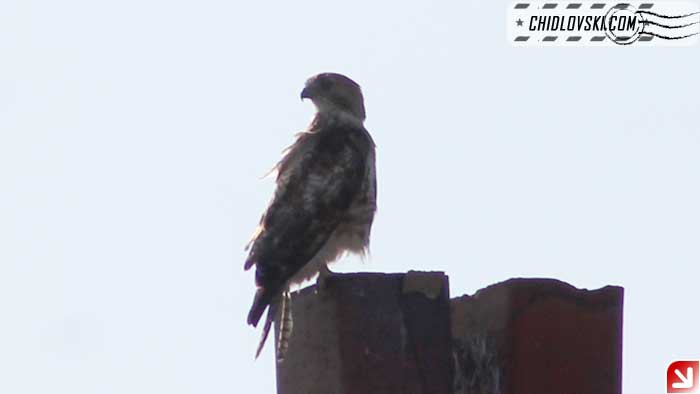 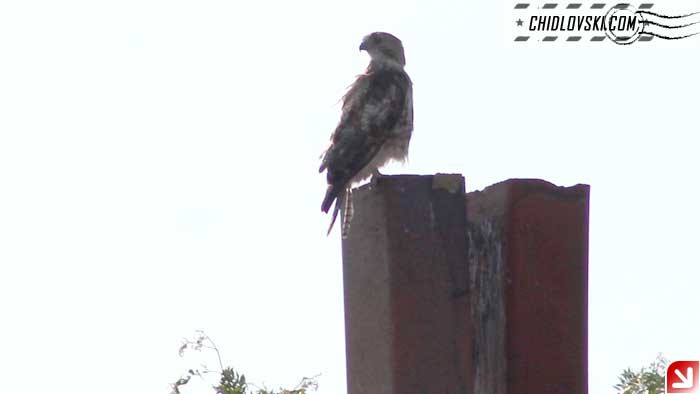 Our predator looked around for the last time and left the chimney.