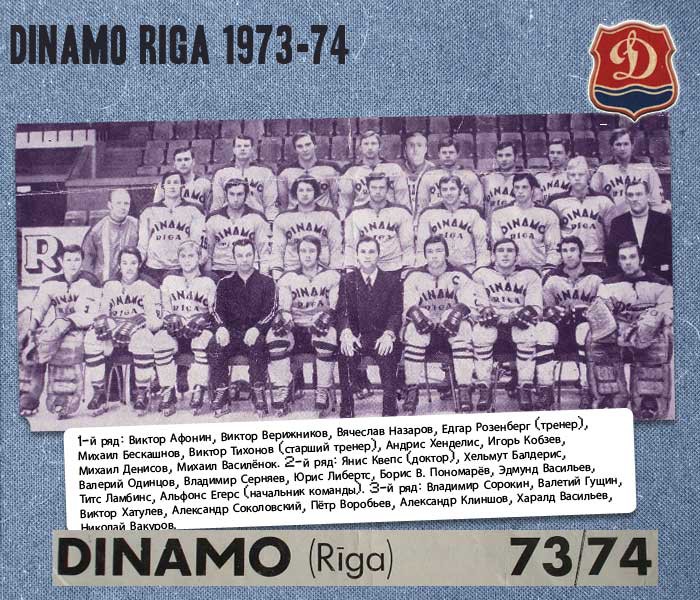 Those who followed this blog for a wile might know that the author was a die-hard fan of the Dynamo Riga team.

The picture above was included in the “Saga of Dynamo Riga” article. It shows the team lineup for the 1973-74 season. It was the team that did a magnificent jump from minor leagues of the secondary level to the elite Soviet hockey league.

To me, it was The Dream Team.